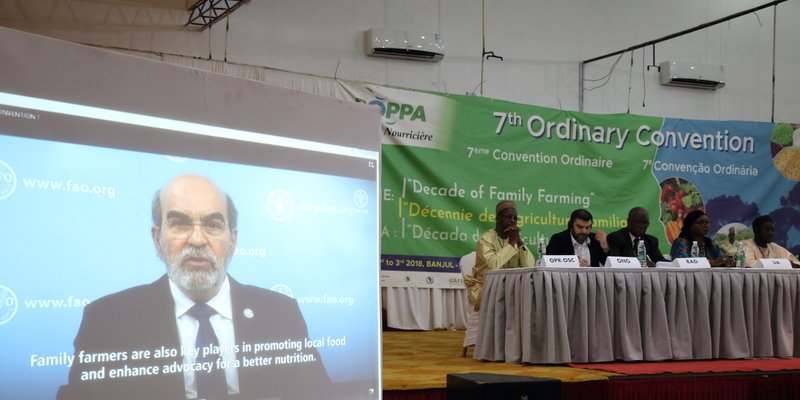 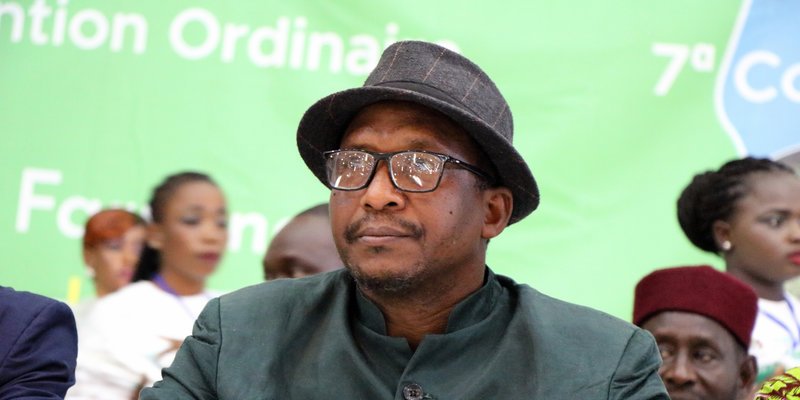 OBJECTIVES OF THE CONVENTION

The 7th Ordinary Convention and the 4th Extraordinary Convention are scheduled for the near future with the main objective of adopting the measures, tools and creating the necessary conditions, in accordance with the statutes of the Network, in order to enable it to effectively pursue its action. promotion and defense of family farms.

Four specific objectives are targeted through these sessions:

1. Take stock of the major actions undertaken by the Network over the past four years since the 6th Convention held in Niamey, Niger in 2014;
2. Update the texts of the Network taking into account the evolving issues and adopt a new strategic plan to structure its action over the next 5 years;
3. Inform and sensitize the members of the Network on major strategic issues and current challenges facing family farming through the sharing of experiences and collective learning around a number of major themes critical for farms. family;
4. Proceed with the renewal of the organs of the Network in accordance with the provisions of the statutory texts.

These different objectives will form the backdrop for the different sequences of the Convention.

Strict respect for its statutory provisions and a culture of accountability which constitute the cardinal points of the governance of the Network. In accordance with the strategic orientations of the Network adopted at its creation, the Board of Directors of ROPPA has always been committed to strengthening governance at the level of its regional bodies and national member platforms. The capacity building program implemented in the period 2000-2005 and the five-year plan executed from 2012 to 2016 were strategic tools that supported the implementation of this institutional arrangement. Thus, at the regional level, sessions of governance bodies were held regularly. Thanks to this support, all the national platforms that are members of the Network have also been able to consolidate their governance mechanisms.

Regular holding of the Network Convention to ensure the renewal of the vision and strategic orientations in line with the evolutions of the challenges and issues facing family farms and in particular related to their environment (socio-economic, political, environmental).

The elements of the context of evolution of family farms presented above related to the environment and to the policy processes, require from the Network, a regular update of its vision, its strategic orientations and its discourse – that only the Convention is empowered to validate. The repercussions emanating from these Conventions clearly reflect the relevance of their regular holding. The positions and proposals of the Network in relation to these challenges and issues and to current sectoral policies should be legitimized by good ownership and validation of the national member platforms. The Convention is also a space for sharing, promoting the renewal and deepening of the commitment of members and managers of the Network. It makes it possible to share the progress of mandates and to elect new members of the Board of Directors (CA) and of the Executive Board (BE) in accordance with the statutory texts.

A need to renew the strategic plan and validate certain projects and commitments of ROPPA. The holding of the 7th Convention will make it possible to validate the future strategic plan of ROPPA, the profiling results of certain tools and frameworks of actions such as the Observatoire des Exploitations Familiales (OEF), the Paysanne University (UP) of ROPPA such as a training and apprenticeship system for farmers. ROPPA’s current commitment and initiatives to invest in certain thematic fields (agro-ecology, territorial food systems, integration of young people in the agro-sylvo-pastoral and fisheries sector, etc.) will have to be deepened and validated by the 7th Convention .

Political context of the evolution of family farms in West Africa

A dynamic of political reforms and State commitments for the development of the agro-sylvo-pastoral and fisheries sector in West Africa.
By adopting NEPAD in 2003 in Maputo, with its counterpart on agricultural development CAADP, the Heads of State and Government of the African Union (AU) wanted to stimulate new approaches to work and cooperation for the development of the continent, following the mixed results of the Structural Adjustment Programs (SAP) and taking into account the changes in the orientations of international cooperation.

In 2001, the member states of UEMOA adopted the UEMOA Agricultural Policy (PAU) which is currently being implemented through the UEMOA Ten-Year Community Agriculture Transformation Program (PCD-TASAN). Through an advisory committee, the implementation of the PCD-TASAN involves non-state actors, in particular networks of farmers’ organizations.

In 2005, the Heads of State and Government of ECOWAS member countries adopted ECOWAP which fits into the orientations and pillars of CAADP. ECOWAP is the reference framework for interventions for the development of the agro-sylvo-pastoral and fisheries sector in the 15 member countries, and on the basis of which the guidelines adopted under the CAADP are based.

Ten years after Maputo, the Heads of State and Government of the AU, despite the poor results of the Maputo commitments, during the 23rd session of their summit held in Malabo, renewed their vision and commitment for development. of the continent centered on agricultural growth. The decisions (2) and declarations (2) adopted during this 23rd summit all relate to the implementation of the Detailed Program for the Development of Agriculture in Africa (CAADP) and to the agricultural transformation and food security program of the Africa during the decade 2015-2025. Malabo’s commitments also recommend: (i) innovative financing; (ii) mobilization of the private sector; (iii) a process for measuring, monitoring and reporting on progress towards results; this in the form of a CAADP results framework.

Among the factors critical to the international and regional context for the transformation of agriculture in the region, we note mainly: price instability in world markets; the continued increase in regional food demand driven by population growth and rapid urbanization. These factors determine the development of sectors and trade.

We also note that the food crisis of 2008 helped bring agriculture back to the heart of the development agendas of AU countries and the international community, convinced that increasing the local supply of agricultural and agrifood production is essential. the most convincing voice to face the food insecurity of local populations.

Since then, more increased investments and various instruments and measures are planned to support the development of the agro-sylvo-pastoral and fisheries sector.

By declaring 2014 the International Year of Family Farming and adopting the Decade of Family Farming, the United Nations General Assembly has reinforced high-level political recognition of the contribution of family farming to food and nutrition security. , to the creation of jobs and income for farm families. This invites UN member states to implement regulatory and institutional frameworks, investments and agricultural policies conducive to a sustainable transformation of family farming.

Challenges that persist after a decade of implementing regional agricultural policies.

In 2015, ECOWAS carried out an assessment of the implementation of ECOWAP with the participation of different groups of actors. This process highlighted important achievements and advances to consolidate but also limits to be noted, among which, we can note the following elements:

This report highlights a number of issues that have been taken into account in the PNIASAN and PRIASAN by 2025. These include: the fight against hunger and malnutrition; adaptation to climate change; building resilience; promoting employment for young people and women; vocational training and securing the status of women, young people and peasants; the systematic integration of gender in the tools and measures for implementing the policy; the promotion of value chains accessible to family farmers and territorial markets; financing of the sector; transversal and vertical governance; an information and monitoring and evaluation system (ECOWAS – 2015).

In accordance with the texts in force, the 7th ROPPA Convention will bring together 9 delegates per member platform, the delegates of the observer POs from Nigeria and Cape Verde, the team of the Executive Secretariat (ES), the Technical and Financial Partners, the resource persons. . Only duly mandated members have the right to vote.

The representation of the different groups recommended is as follows

Delegates from the platforms, the women’s college and the youth college: 117 people with at least 39 women and 39 young people;

The Convention will be prepared by the Board of Directors, which will put in place the necessary educational and logistical arrangements. The work of the Convention will take place over 3 effective working days organized as follows:

Day 1: Review of ROPPA actions since the 6th Convention held in Niamey, Niger in June 2014.

This assessment takes into account two major aspects: the content of the actions carried out and the institutional and organizational assessment of the Network.

This sequence will take place mainly in plenary with all the delegates of the national platforms as well as the sector executives, women’s and youth colleges. It will be punctuated by:
(i) Opening ceremony;
(ii) Moral report of the Chairman of the Board of Directors;
(iii) Presentation of technical and financial reports on actions implemented at national and regional level during the last 4 years. The technical report will discuss the impact of ROPPA’s action and the outlook;
(iv) Assessment of the implementation of the resolutions and recommendations of the 6th Convention;
(v) Session fueled by the presentation of the results of the external evaluation and the strategic review.

This session will focus on at most 4 themes that will be identified in relation to the 9 critical issues identified in the 2016 OEF report. The session will take place through panels and workshops. This should produce recommendations for future actions of ROPPA across the themes.
The themes foreseen are in particular:
Youth migration;
Territorial food systems;
Nutrition and food systems;
How to connect farms to markets;
Land markets in West Africa;
Decade of Family Farming.